Managing your cash flow through the pandemic

With a heavily depressed economy and a looming recession, South African companies are revising earnings targets down and bracing for financial and operational difficulties.  It has been estimated that three out of every five South African companies fail whilst showing a profit. This is usually due to a lack of liquidity, with cash tied up in receivables or written off to bad debts 1.

Now, more than ever, a more targeted debt-collection strategy is needed to quickly and effectively bolster the bottom line.

As they say, “A bird in the hand is worth two in the bush,” and every minute money sits on your debtors’ book, is a minute it’s not in your bank account earning interest. Increasingly, debt collection is being seen as a strategic focus, keeping in mind the time value of money, the liquidity required to meet operational expenses and enable growth, as well as the massive human effort and associated costs. Major banks have been hard hit by this most recent economic downturn, warning that bad debt has doubled over the last quarter 2.

Debtor controllers, across many industries, are confronted daily with two major conundrums:

Insights gained from existing data can help us address these difficulties.

Typically, new cases are assigned for collection daily, and these are added to a backlog of cases already in a prescribed workflow. A debtor controller is expected to prioritise cases based on intuition and experience. Often, effort is wasted on cases that should not be worked on due to lead – or lag – times inherent in the process; or cases get lost in the workflow tool and the debt is eventually written off. Additionally, time is spent selecting the appropriate course of action, as not all debt should be treated equally, and some workflows work better than others, depending on the type of debt.

Not all bad debt was created equal

There is a wealth of information available in ERP, CRM and financial systems, rich historical data to predict how debt behaves. It is plausible that two debts with a comparable demographic, location, size, age, type and credit history, would behave similarly. Relatively straightforward machine-learning techniques can be used to train models, based on historical data, to classify new debt and predict the probability of recovery.

BSG recently completed a successful four-month project with a client whose collections department was overworked and ineffective. We produced a debtor controller dashboard that updates daily – generating a list of prioritised debt cases – and developed a model to prioritise incoming cases based on significance to the company (in terms of value, age, type, etc.) and the probability of recovery. Debt was then classified into buckets, each of which launched a unique and specific workflow. Timing of cases emerged as a firm driver of priority, as in many cases, debts in a suspended state were incorrectly ‘worked’ by debtor controllers.

The more targeted collection campaign meant inefficiencies and ambiguity were eliminated, leaving debtor controllers free to focus on what they do best, resulting in increased collections and improved debtors’ days.

During the data-discovery phase, it also emerged that debtor controllers were using multiple reports across several systems to investigate and resolve cases. A significant amount of time was wasted each day logging-in to the various systems and extracting reports. Simply incorporating all the necessary information into one dashboard resulted in a 50% improvement in productivity, freeing up time to focus on more effective debt collection.

In the current economic climate, for companies to survive – and ultimately thrive – they must prioritise cash flow through the efficient collection of revenue. Using data insights to transform debt collection is an untapped opportunity for many and one that can be managed with empathy and understanding towards customer segments most impacted by COVID-19.

Let us help you. If you are need to rethink debt collections to bolster cash flow during this difficult time and want to use your existing business data to provide insight into the process, let us help you. BSG is fully operational with local insight and experience, and we can work with you to design the best solutions for your needs. 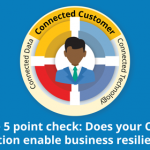 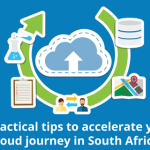