BSG CEO, Greg Reis, has been named as a finalist in the upcoming ITWeb IT Personality of the Year awards. This is the second time in recent years that Greg’s name has featured among the finalists, having been a Top 5 finalist in 2011. The prestigious awards, presented by the Institute of Information Technology Professionals South Africa (IITPSA) in association with ITWeb, the Gordon Institute of Business Science (GIBS) and Gartner Africa, are designed to honour people who have made an outstanding impact on the South African ICT industry over the past year and a significant contribution to the IT profession.

Past winners of the IT Personality of the Year award, now in its 37th year, include Alan Knott-Craig Sr, Asher Bohbot, Andile Ngcaba and Mark Shuttleworth. Although the Top 10 shortlist is selected by a panel of judges from a great number of nominations received from the IT community, ITWeb readers and the public, the awarding of the coveted title is based largely on public votes.

Having founded BSG in 1997, Greg has been instrumental in its continued success and ongoing growth. Under Greg’s leadership, BSG has grown to over 200 employees across two geographic regions, with aggressive expansion plans for the coming years. Greg’s vision and influential leadership style helped BSG to establish a sustained record as an employer of choice, placing in the Top 5 of the Deloitte Best Company to Work For (2007 – 2012), as well as winning the Discovery Healthiest Company Index in 2011 and 2012, and featuring in the Top 3 in 2014.

Greg is deeply passionate about people and planet, investing considerable time in strategic socio-economic and environmental programmes. Greg serves as a board member, and in some cases Chairman, of a number of University Advisory Boards, as well as being a founder and long-term board member of CITi (Cape IT Initiative) and its flagship project, Bandwidth Barn. Greg is actively involved in several conservation projects, and works tirelessly in his personal capacity to protect African wildlife.

Over and above his commitment to business excellence, Greg is an avid social citizen, spearheading BSG’s support of education, especially maths and science education in underprivileged areas across South Africa. Greg believes in the birth right of every child to a decent education and because of this BSG has adopted LEAP Science and Maths Schools as the primary beneficiary of its corporate social responsibility initiatives. Greg is also a keen endurance sportsman, and it was this passion that inspired hundreds of BSG employees and affiliates to participate in various BSG-sponsored triathlons and cycling events in support of LEAP, raising in excess of half a million rand over the past five years.

To show your support for Greg, please vote for him by visiting http://bit.ly/vote4Greg and making your mark in support of someone who prides himself in being a proactive force for positive change. Voting closes on 21 September 2015 and the Top 5 finalists will be announced in October. The winner is announced at the IITPSA Annual President’s Awards event on 12 November 2015 at the Hilton Hotel in Sandton. 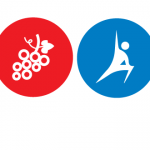 Wellness at work – everyone’s a winnerBSG Updates
Africa: No Playground for EntrepreneursBSG Updates